The Tradition and Science behind Whey and Fermented Milk Products 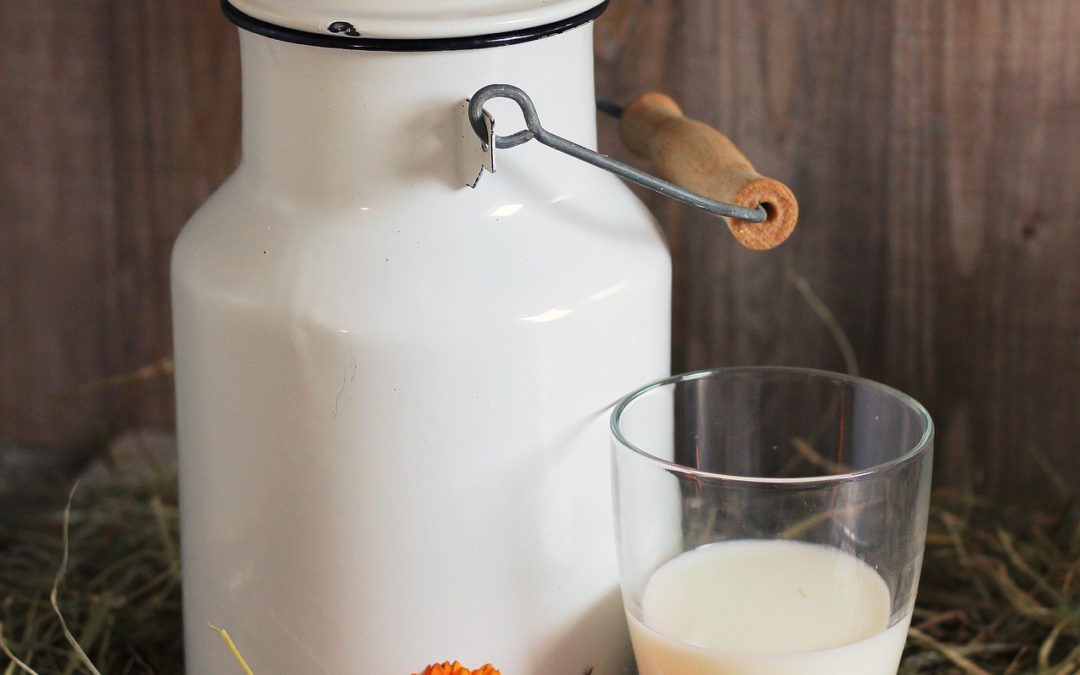 Since the Middle Ages whey was considered as a medicine. In Scotland, well into the eighteenth century, ill people would escape to the country to stay in ‘whey hospitals’. In these retreats, people could escape city life, and recuperate by drinking fresh whey from regions known for the quality of their dairy products. Severely ill people would drink nothing but whey, sometimes for weeks or months on end, until such time they recovered. Anecdotes from that time report that people who took nothing but whey were able to walk briskly up the highland mountains, with no loss of strength or vigor. It was also advised that before and after a rigorous climb or trek through a highland pass that people should have whey and milk — sports science hasn’t added much to this over the subsequent two hundred years.

This practice was not just limited to Europe. There are similar references to ‘whey’ hospitals or taking the whey for illnesses in Damascus in the ninth century. In China, during the Tang period (618-907 AD), goat’s milk was widely regarded as a health-giving, nourishing drink, of especial value to the kidneys. Traditional Chinese medicine doctors were not afraid to recommend dairy products to their patients.

Science is beginning to catch up to this traditional practice. There are now studies on the various proteins and peptides that make up whey. These constituents of whey have important nutritional and biological properties that prevent diseases. They are anti-microbial, anti-carcinogenic, immunostimulatory and have other health-promoting activities.

Proteins and Peptides in Whey

Beyond supporting the GST family of genes to attack pollutants, whey supports a number of other genes. The SOD2 gene supports our innate antioxidant protection. It helps to prevent cancers and heart disease. As with the GST family of genes, around 30-60% of any given people have a variation in the SOD2 gene that means it functions less efficiently. This means an increased risk for both heart disease and cancer, it also affects exercise recovery. However, whey (and other foods) mitigates against this risk. It supports the SOD2 gene. Similarly, some people are at risk for high homocysteine, which is as important a marker as cholesterol for heart disease. This risk is also due to some key genetic variations. Again, the risk from these genetic variations is normalized by whey.

The historian Eric Hobsbawm called the twentieth century the Age of Extremes. We find extremes of behavior in people’s approach to whey. While the traditional Scots, Europeans, and Damascenes drank pure whey liquid left over from cheese making, moderns now down hundreds of grams of protein, with some of it in the form of highly concentrated whey powder. Whey powder, as opposed to whey liquid, is still very beneficial. But in higher doses it can cause harm.

The optimal amount for health is 10-20 grams. This much supports those with less optimal genes. It need not be had every day; it just depends on an individual’s genes. For muscle building and exercise recovery the optimal amount is 20 grams in the hours after exercise. More than this has been shown to induce harmful biological processes, with no additional benefit for muscle gain.

The gut also benefits from whey. Beneficial species of gut bacteria increase, while harmful bacteria decrease, when whey is taken. Thanks to recent study carried out at the Slovakia equivalent of the National Institutes of Health, we also know that fermented milk products, another traditional wisdom, bring about considerable health benefits.

This lowering of creatinine is especially interesting. Elevated creatinine is associated with kidney problems, and traditional Chinese medicine holds that goat’s cheese, which is fermented dairy product, benefits the kidneys.

The authors of the study conclude:

“A certain role in this has also been played by myths that consumption of milk can cause different health problems. The people, who worship the myths on unhealthiness of milk, which as they claim is the cause of obesity, acne, asthma and especially overproduction of mucous substances, promote the concept that cow milk is only good for vealers. Dissemination of such myths goes hand in hand with significant reduction of milk consumption. It should be stressed that so far there has not been a single competent study confirming the aforementioned myths.”

There is one final thing to consider. A person’s ancestry, genes, and current state of health influence what type, and how much, dairy products a person should have.

For example, a variation in the MCM6 gene, which Qiyas tests for, is now considered to be the gold standard for lactose intolerance. People with the less optimal variation do better on fermented dairy products. For example, sour cream or buttermilk, rather than regular cream or milk. People with the ‘poorest’ variation of this gene usually need less dairy products, or can take whey, which has almost no lactose. Whereas people who have the optimal version of this gene do well on dairy products, and the version they have indicates their ancestors have been drinking milk for a very long time.

Yet, even here, there are considerations. Someone might have the optimal variation of the MCM6 gene, allowing them to take copious amounts of lactose, but have a variation in the FTO or APOA2 genes that means their tolerance for saturated fat is much lower. In this case, cheese would be a less good option, whereas a traditional dairy product such as skyr or lassi would be a much better choice.

Consider, for example, Icelandic dairy products. Their main milk product is, famously, skyr. Skyr is a fermented yogurt, that has been made for about 1000 years. It is unusual among traditional yoghurts in that it is very low in fat. The fat is drained off while the milk ferments. Why is this important? Icelanders have among the highest rates of the APOE4 gene. This gene is the most significant genetic risk (not cause) for Alzheimer’s disease. It interacts with saturated fat, then raises harmful LDL cholesterol, to heighten the risk for Alzheimer’s disease. Avoid having too much saturated fat and the risk diminishes. In making low fat skyr the traditional Icelandic people somehow knew that this form of fermented milk product was the best for their health.

Our ancestors, whose food choices were governed by geographical location, instinctively knew what choices to make.

And yet there is one final complication. A person may have optimal genes for all types and amounts of dairy consumption, yet their current health concerns mean some types of milk products need to be limited. For example, some traditional Chinese practitioners, consulted by Qiyas, recommend that for some health conditions goat and sheep products should be avoided, instead emphasizing cow milk products. This is the very opposite of a current trend in alternative health to recommend goat and sheep milk over cow milk for everyone.

In understanding the practice of our ancestors, the wisdom of tradition, our genes, our current health concerns, and the insights from scientific studies, truly personalized health recommendations can be reached.