The Science of Qigong 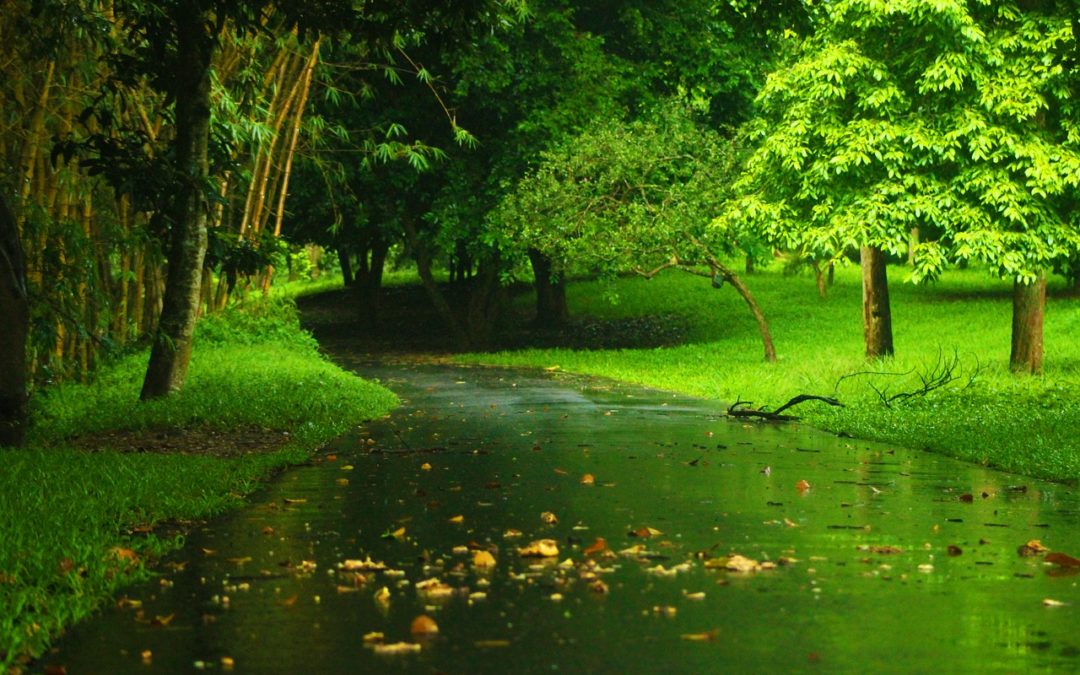 Qigong (also spelled chi kung & chi gung) is an ancient Chinese exercise practice. It is an internal exercise that focusses upon gentle movements or breathing to generate, restore, and move qi in the body. Qi is vital energy. It is the primal energy that we remember from childhood that made movement so effortless, that gave us zest, and filled our young life with vigor and vitality. In the traditional Chinese understanding of health this vital energy helps to keep our organs healthy, which in turn prevents disease. When qi is low, or cannot circulate around the body, then disease, especially chronic disease, low energy, and a feeling of heaviness pervades in body and mind. Think of this: a carefree five year old running freely with laughter is full of qi or vital energy, whereas an older person, who has not taken steps to preserve his or her qi is slow, heavy, and shuffles their feet. Increasingly, people in their thirties and forties experience a profound loss of qi, manifesting in despondency, lack of energy, heaviness, or some type of chronic health problem. More worryingly is that the child, who should be full of qi, now has less qi due to time spent on a screen, a lack of time outdoors, or a poor processed food diet.

Qi declines for many reasons, and the modern lifestyle many of us lead is not conducive to qi. Junk food, fried food, excessive sitting, a poor work or home environment dilutes our qi. Many people reading this article, even if the concept of qi is new, will have experienced energy being sucked out of them by spending too long on the computer, or in a concrete building, or from watching mindless television from the couch. Excessive, negative, violent emotions, including negative thought patterns also takes our qi. In contrast, being in nature and eating wholesome fresh food, made with love, and sourced from upright suppliers helps our qi. Many people will have experienced a person brimming with energy bring about new life to a social gathering or meeting when they walk into a room. Cheerfulness and contentment are qi. Sadness, hate, and negativity are anti-qi.

There are number of ways to restore and enhance qi. In cases of chronic illness certain herbs, mixed by a skilled traditional Chinese doctor can help, as does acupuncture. But for long-term self-care and prevention it is Qigong exercises that help with restoring qi and promoting health. These exercises can be simple, in some Qigong schools, only one, two, or three exercises a day are required.

For people of a scientific bent all of the above talk on Qigong might be too woolly. However, there is a now large body of medical literature on Qigong, disease, and health. At the time of writing there are well over one hundred studies, with thousands of participants, carried out across different countries and ethnicities. There are at least two meta-analyses. The studies are of variable quality, but many are controlled and carried out under the auspices of well-regarded research universities. A good number measure biochemical changes within the body before and after performing Qigong.

Many of the studies focus on the beneficial psychological effects of Qigong exercises. These effects include less anxiety and better sleep. While these effects are important there are not considered here. However, there is a body of literature showing that Qigong reduces inflammation, reduces oxidative stress, increases vitality and vigor, and improves immune function.

The effects of qigong

The primary study on qi exercises and oxidation is on the discipline of Tai Chi. In this study, Tai Chi increased Saliva Total Antioxidant Status by around fifty percent. It increased SOD antioxidant activity by about ninety percent. Tai Chi had another beneficial effect in that it lowered total cholesterol while increasing HDL cholesterol.

Some people have lower SOD antioxidant activity due to a variation in their SOD2 gene. This means that they have lower innate, or natural, antioxidant protection. About 30% of people have the SOD2 gene variation that performs the most poorly, with another 30% of people have the variation that performs slightly poorly. These people need to take steps to boost their defenses against causes of oxidative stress such as pollutants. They can do this by ‘helping’ their SOD2 gene. Previous studies have emphasized dietary and supplement interventions. What is promising about the study on qi and SOD2 is that it shows how someone with the ineffective version of the SOD2 gene might boost their antioxidant protection by doing Qigong. This, in turn, can lower the risk of cardiovascular disease and some cancers.

Telomeres are protective DNA sequences that shorten with each cell division or under conditions of oxidative stress. Shortened telomere length in humans is a marker of disease risk and progression, and premature mortality. In short, the shorter the telomeres, the higher the risk of premature death. Telomere shortening can be counteracted by the cellular enzyme telomerase. Telomerase activity plays an essential role in cell survival by extending telomere length and protecting chromosomes, which promote cell growth and longevity. In people who practice Qigong, telomerase increases, which prevents the shortening of telomeres. Therefore, avoiding a lifestyle that promotes oxidative stress in conjunction with Qigong practice will likely induce telomerase and prevent shortened telomeres, which, in turn, should reduce disease risk, progression, and mortality.

Studies on qi also demonstrated a huge four hundred percent decrease in some inflammatory markers when performing qi exercises: circulating levels of the interleukins IL-6 and IL-8 both decreased. It is possible that Tai Chi might induce a more profound reduction in inflammatory markers than Qigong due to muscle contraction during Tai Chi exercises, as muscle contraction influences inflammatory cytokine expression. However, any Qigong exercise that involves a moderate, easy physical form is likely to have the same effect. Moreover, there are other studies that show that Qigong does reduce inflammation, especially in cancer patients.

There are a number of studies that show that Qigong improves white blood cell count, and reduces circulating stress hormones, while enhancing immune function and optimizing cortisol levels. Mood is elevated as is vitality and vigor, while fatigue is reduced. This is particularly the case in cancer patients who practice Qigong. One unintended consequence of the reduction in stress hormones and fatigue is that cognition demonstrably improves. Within the literature, several studies show that Qigong improves survival rates in patients with cancer. Stress is reduced as Qigong balances the parasympathetic and sympathetic nervous systems.

The typical dose of Qigong across the studies is between three to five hours per week. This fits well with the suggestion of Qigong masters to do two fifteen minute sessions per day, which totals three hours thirty minutes per week.

There is a view that too many or too much external exercise for autoimmune conditions worsens the symptoms of the disease because the mitochondria are being forced to use more energy than they are able to produce. None of this is to say that external exercises are bad or should not be performed. Rather, the dose and type of exercise needs to be adjusted according to disease state, with some diseases benefitting more from increased internal exercise.

Therefore, Qigong is an important counterbalance to many of the hard, intense external exercises many people do, especially as the current trend is for High Intensity Interval Training (HIIT). Overdoing these forms of hard, internal exercises induces stress in the body, and activates the sympathetic nervous system. Over time it reduces our qi. Our current way of living is also very stressful. We work hard, are often sleep deprived, always seem on the move or have things to do, and are exposed to artificial light late into the night, all of which induce a stress response. We live in highly urban settings. In contrast, Qigong complements external exercise, lowering stress and inflammation, while making us calmer, less susceptible to disease, and promoting healthy or even extended ageing.

Qigong, or some other form of ‘soft’ relaxing internal exercise, yoga also comes to mind, should be part of our regular, daily exercise routine. It is every bit as important as the sweat inducing hard external exercise that many seem to prefer.