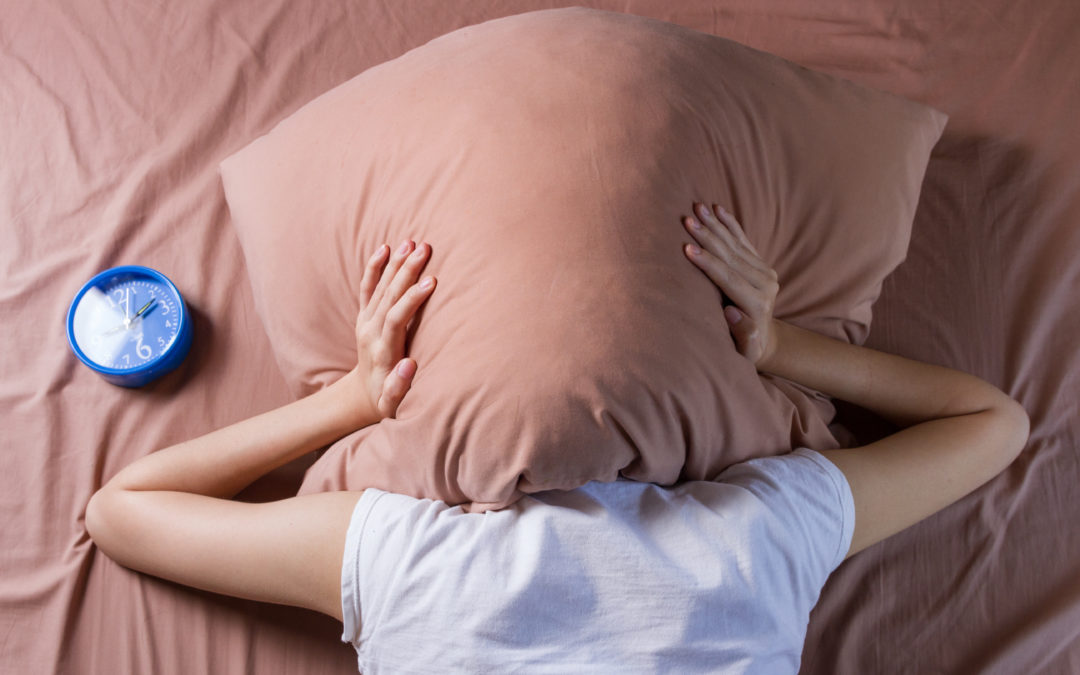 Sleep deprivation, sleep restriction, or fragmented sleep prevents people from losing weight and gaining muscle mass. It obliterates hormones, such as testosterone, needed for cognition and building muscle. It raises other hormones, such as ghrelin, that make a person feel hungry. Sleep deprivation is not the hallmark of successful, healthy people. It is a multi-pronged attack upon our health that prevents people losing weight. Despite this, the number of hours that people in industrialised countries sleep is declining.

A lack of sleep is associated with numerous diseases, ranging from cardiovascular disease to diabetes to cancer. However, our main concern here is the effect of sleep deprivation upon obesity and the inability to lose weight and grow muscle.

A fascinating recent study was carried out at the University of Chicago Sleep and Research Laboratory. As the people in the study were inpatients, their food intake, sleep, and energy expenditure was accurately measured. The research team at Chicago took men and women of different ethnicities who were all slightly overweight. Their average BMI was 27. They measured their basal metabolic rate, which is the number of calories a person burns during the day without any activity. Then, for a period of two weeks, they gave the subjects of the study 90% of their daily calorific needs, ensuring all were in a slight calorific deficit.

The results were remarkable. Those who had 5.5 hours sleep per night, despite having the same calories, had 55% less fat loss. They also had an increased loss of muscle mass. But there was more. Those with less sleep also had higher circulating levels of the ‘hunger hormone’ ghrelin. This hormone makes people feel more hungry, leading to overeating, as well as the retention of fat. People who have less than six hours sleep not only lost less weight, they also lost more muscle, and felt hungrier, which, outside of the laboratory, means they are more likely to overeat or break their diet.

The same team at Chicago then ran a follow up study focussing on hormonal and appetite changes following sleep deprivation. This time they found a 24% increase in hunger and appetite, and a 33-45% increase in a desire for high calorific food, especially high carbohydrate food.

These findings are very similar to another sleep restriction experiment at the University of Colorado. Just five nights of five hours a night sleep led to just under 1 kg of weight gain in healthy people.

The figure of 5.5 hours sleep a night is significant. It used to be that just 8% of people had less than 6 hours of sleep a night. Now, it’s fully 50% of the population. For everyone reading this article at least half will be having less than six hours sleep a night, putting them at risk of weight gain, inability to lose weight, or increased hunger and overeating, due to the hormone ghrelin.

Weight gain, inability to lose weight, and altered hormones are not the only effects of sleep restriction. Muscles fail to grow, and some people will lose muscle mass. As people age there is common condition called sarcopenia. This is when muscle mass, strength, and function, declines. Older people have less strength and less muscle mass. This leads to wide range of disadvantageous health conditions. When sleep is restricted the loss of muscle mass and strength is sped up, which, in turn, leads to ill health, and, in some cases, early death. This is why strength training with adequate sleep is so important for adults of all ages.

One reason why muscle mass declines following sleep restriction is yet more hormonal changes. Testosterone rapidly decreases, as does human growth hormone, while cortisol, which makes us feel stressed and can lead to belly fat, increases.

These hormonal changes have been studied by scientists in Australia. They found that testosterone levels rise with sleep, then peaks after the first onset of REM sleep — this is the stage of sleep that happens after we have entered deep sleep. There needs to be a block of three hours sleep to induce this rise in testosterone. As testosterone rises it promotes muscle protein synthesis to build muscles, while also repressing genes that activate protein breakdown. Therefore, people who do not get enough sleep are dealt a double blow against strength and muscle mass: they are prevented from building muscle, while the genes that encourage the breakdown of muscle remain active.

Just a few nights of sleep restriction leads to significantly lower testosterone. The Australian team of researchers found that even lifting weights is not enough prevent muscle loss when sleep is restricted.

We have mentioned adults and older people, but teenagers are not immune from weight gain from lack of sleep. There is now good data on over 500,000 teenagers, from twenty countries, going back one hundred years. The fact is that if teenagers do not get enough sleep they put on weight, eat more than they need, and eat worse food, because of an impulse for high calorific foods, brought on by hormonal changes induced by sleep deprivation. They need to have between 8-10 hours of sleep per night. About 33% of teenagers do not get the minimum amount of 8 hours.

The above findings apply to everyone. However, some people with some genetic variations are going to find that a lack of sleep affects them more that it does other people. For example, people with variations in the APOA2 and FTO genes are already prone to higher levels of the hunger hormone ghrelin. They often have impaired satiety and a desire to eat higher calorific foods. If they are sleep deprived, having less than 8 hours sleep per night, this will put them at an even higher risk for obesity and overeating. Those with low copy numbers of the AMY1 gene need to be careful around starchy carbohydrates. As we have seen, a lack of sleep, again via ghrelin, can induce people to eat excess carbohydrates. This makes people with low AMY1 copy numbers put on weight. Finally, there are numerous hormone genes. The UGT family of genes influence testosterone. If a person with low UGT2B17 copy numbers is sleep deprived then their testosterone will fall through the floor. This will reduce muscle mass, motivation, memory, and put them at a higher risk of heart disease.

The take home message is that sleep is crucial if you want to lose weight or grow muscle. Restricting your sleep, or seeing it as a badge of honour, is extremely detrimental to your health.